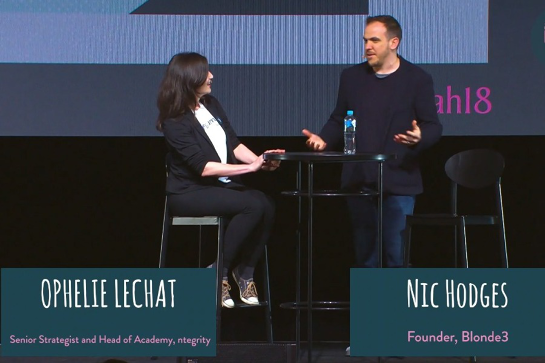 ...and don’t fuck up civilisation

Nic Hodges works at the intersection of technology, media and culture. He has led digital and innovation for some of Australia's leading creative and media agencies, and is founder of boutique consultancy Blonde3, which advises startups, media companies and brands on digital growth strategies.

Ophelie Lechat is a Senior Strategist and Head of Academy at ntegrity, a digital marketing consultancy that aims to increase the digital capabilities of all Australians. She was also previously Head of Operations for SitePoint, one of the world's top 600 websites.