UPDATE: Due to the evolving COVID-19 situation, the 2020  Formula 1® Rolex Australian Grand Prix  has been cancelled. Unfortunately, that means we will not be exhibiting for the rest of the weekend. We do plan on showcasing the teams later in the year.

DIFvic at the 2020 Formula 1® Australian Grand Prix may have been a only 1/4 days but we had many schools come through the Versor Innovation & Tech Hub and the RoboCup Team was a hit! You can find out more about them here: https://robocupjunior.org.au

Get a taste of emerging technologies at the DIFvic showcase of future innovators and digital disruptors.

In our rapidly changing world, jobs of the future will need a wide range of skills from STEM – science, technology, engineering and mathematics to build our brave new world.

Whenever you turn on your phone, eat food, text your friends, or measure your heart rate you are using the products of STEM knowledge. STEM skills are important for all stages of our learning, jobs and everyday lives.

Capabilities such as critical and creative thinking, collaboration and ethical decision making are just as important as coding and software design. The study of robotics inherently relates to all facets of STEM, and when students learn through exploration, it increases motivation and desire to succeed.

“The development of STEM skills in a team context through competitions provides students with an incredible learning and personal development experience. These talented kids might be playing a big role in Australia’s emerging tech and space industries.”

The Versor Innovation & Tech Hub is the only place where Melbourne’s global recognition as a leading Tech City and as the sporting capital of the world meet head-on.

Melbourne is the Asia-Pacific base for some of the world’s leading innovation organisations. Home to ground-breaking start-ups and technology disruption, the Formula 1® Australian Grand Prix will have all the latest technology on show.

RoboCup Junior is a project-oriented educational initiative that sponsors local, regional and international robotic events for young students. It is designed to introduce robotics to primary and secondary school children. RoboCup is an international effort whose purpose is to foster Artificial Intelligence (AI) and robotics research by providing a standard problem where a wide range of technologies can be integrated and examined. As well, the initiative serves as a basis for project-oriented education. The ultimate goal of RoboCup is that by the middle of the 21st century, a team of fully autonomous humanoid robot soccer players shall play (and win!) a soccer game against the (human) world champions.

Galen VEX IQ 2 is the official team name, but they’re also known as 75% because 75% of the team are girls. Their robot's name is Pluto and they’re from Wangaratta. In 2018 the team won the Australian Nationals Excellence Award and represented Australia at the VEX Robotic World Championships in the US in 2019. The ‘Robotics Olympics’ holds the Guinness World Record as the largest robot competition in the world, meaning this was the big league. VEX Competitions bring STEM skills to life by tasking teams of students with designing and building a robot to play against other teams in a game-based engineering challenge. The Galen VEX Robotics Program at Galen Catholic College, Wangaratta was founded by Brett Webber and Maree Timms in 2016.

ALEX is an Advanced Lower-Extremity Exoskeleton Embedded System. Their vision is to push the boundaries of this technology, in the hope of making devices like this one more accessible to the wider community in the future.

In May they head to compete in the Powered Exoskeleton Race in CYBATHLON 2020 in Switzerland. Through the collaboration and support of Fourier Intelligence Co., Ltd. and the Robotics Laboratory within the Department of Mechanical Engineering of the University of Melbourne launched the Fourier Exoskeleton and Robotics Open Platform System (EXOPS) at the Wearable Robotics Association 2019. The won the Merit Award for Mechatronics Engineering at the Melbourne School of Engineering annual Endeavour Awards in 2019.

DIFvic is the state-wide Digital Innovation Festival where you can explore hot topics from emerging tech to future jobs and digital inclusion. DIF2020 runs from 21 August to 4 September. DIFvic is an initiative of the State Government of Victoria. 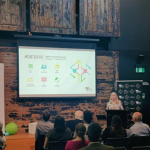 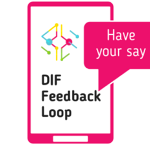 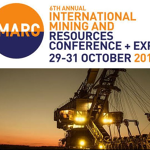 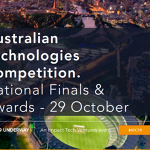 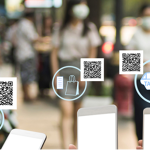